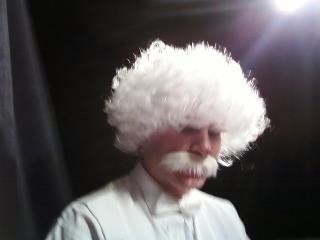 “Truth is stranger than fiction, but it is because fiction is obliged to stick to possibilities: truth isn’t.”
Mark Twain

Today is the 177th Birthday of Samuel Clemens, or as he is better known as, Mark Twain. Today is also the day I signed a publishing contract with Heartland Play Publishers (who previously published my Alice In Wonderland based play Allie In Wonderland) to publish my original play based off of Tom Sawyer entitled The Absolutely True Story of Tom Sawyer As Told By Becky Thatcher. 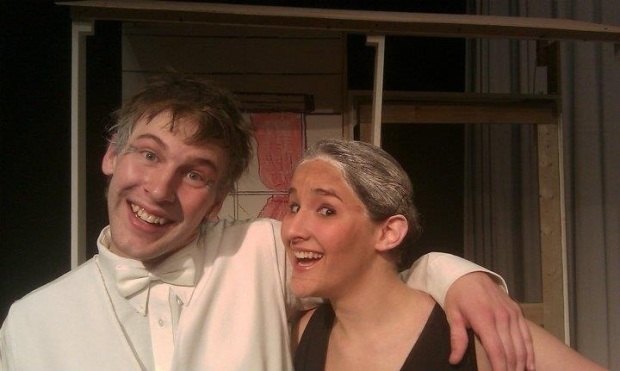 That’s right, the little play I wrote a year and a half ago and was orginally performed on July 4th Weekend, 2011 at the Frontier Stage in Hill City, KS, is being published…with the contract signed on Mark Twain’s birthday.

This wouldn’t have been possible without major props and help from those that put it together, espicially the cast and crew ofThe Absolutely True Story Of Tom Sawyer As Told By Becky Thatcher and all those in the Hill City who came out and saw it. It’s also important that I thank my Junior High and High School music and drama teacher, Bill Blue, who took a group of 8th graders and did a musical version of Tom Sawyer. I loved theater and acting prior to that, but I felt as if that show was where I found my calling and why Tom Sawyer was the first adaptation I ever attempted.

That’s right, while Allie In Wonderland was the first play to be produced and published, I first attempted to adapt ALL of Tom Sawyer into a one-act play. It sat on the shelf, but not out of my heart, while I worked on Allie. The next year, I rolled out the idea again and worked on crafting it with a strong female presence and discussed what the story of Tom Sawyer would look like from Becky’s point of view. After a long night of fun, laughter, and jotting down ideas with a friend of mine, I began writing The Absolutely True Story Of Tom Sawyer As Told By Becky Thatcher.

I’ll keep everyone updated on the publishing process and let you all know when it will be available. Thanks again for all your support of Emergency Room Productions and myself.

It’s something writers, including myself, get asked all the time. “Where do you get your ideas from.” Acclaimed writer Harlan Ellison said”A post office box in Schenectady. You send in two dollars and a self-addressed stamped envelope and they send you back an idea.” Humorist and newspaper columnist Dave Barry has a similar answer. His response was “Wisconsin.” Australian writer Ruth Park said hers came from “The Ideas Factory.”

This is the basis of my latest 10-Minute play WIP, MR WRIGHT’S RIGHT IDEA FOR WRITERS. The monologue will look at a harried man named Mr Wright as introduces a group of new ideas into what he does and the service he provides.

My goal is that this will be a funny look at where ideas come from that will be appropriate for high school actors doing a humorous solo piece.

In 1995, Ian McKellen was not a well known actor. He had performed in a few major releases for the US market, and quite a few productions for the UK market in his 30 years of performing. 1995 would not be his breakout year (that would come a couple of years later with his critically acclaimed turns in Bill Condon’s God’s And Monsters and Bryan Singer’s Apt Pupil and his star making turns in Singer’s X-Men and Peter Jackson’s The Lord Of The Rings.) But in 1995, McKellen starred in this adaption of William Shakespeare’s Richard III.

This production features lush visuals and and a 1940s setting with Nazi imagery. This works extremely well in translating Shakespeare’s classic world of greed, power, and corruption.

The film is also wonderfully cast with Ian McKellen heading things up. He is joined with Annette Benning as Queen Elizabeth, Jim Broadbent as the Duke of Buckingham, Kristen Scott Thomas as Lady Anne, and a young Robert Downey Jr as Lord Rivers. It is a true reminder of how good Downey has always been despite his personal problems he was experiencing at the time.

I thought this was an interesting blog from The Guardian about the future of Arts and Drama Education in the UK. Drama programs being cut or not given the focus they deserve in the US is nothing new, but I think we are seeing that happen more and more.

As an English and Education student as well as a writer of children’s theater, this is something that I”m interested in reading about. If the schools don’t teach arts in education, how will kids learn?

Everett Robert is an award winning author, playwright, actor, and director with over 20 years of experience. He is the author of "Allie In Wonderland" (published by Heartland Play Publishers) among other plays for children and young adults.